From ion source to target

In the ion source, gas was ionized, the ions were then accelerated with electric fields inside the cyclotron vacuum chamber. When the desired energy was reached, the particles were led out by the extraction system. The beam transport lead the extracted particles to the experimental halls where they were either used for direct irradiation or to meet a target that caused nuclear reactions that produced other desired particles which were then used for irradiation.

The Beam book with overview of the Accelerator plant, Beam transport and experimental areas (pdf) . 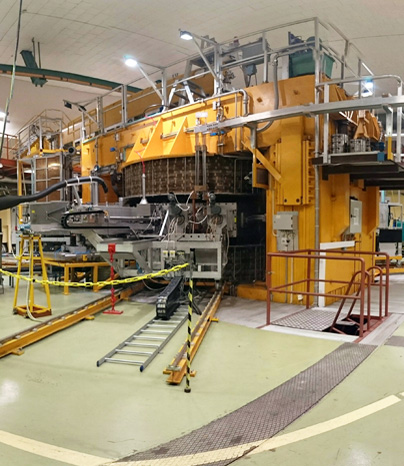 In the cyclotron the particles were accelerated. 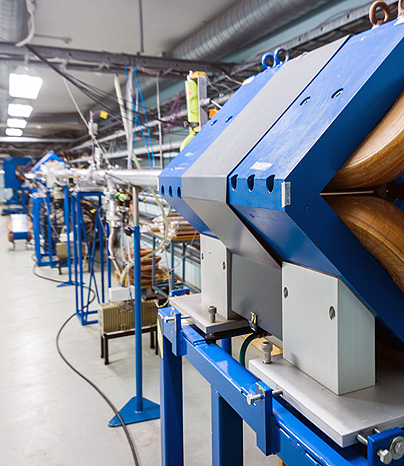 The beam transport took the particles to the experimantal halls 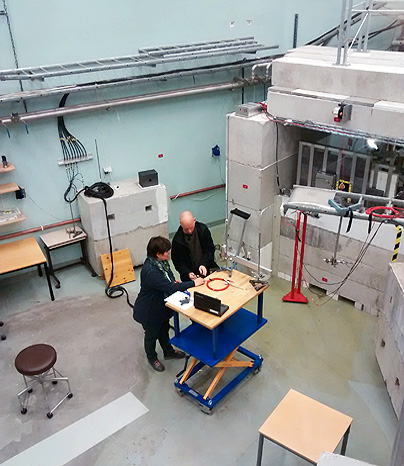 The Blue Hall is one of our experimental halls 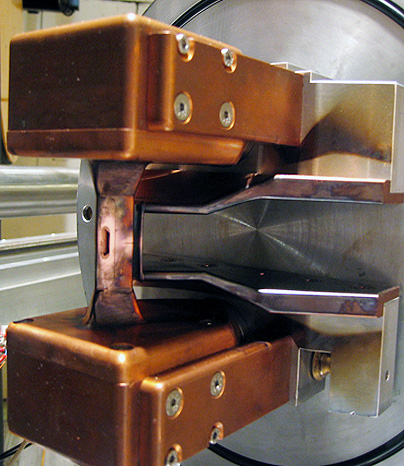 In the Ion Source were the ions produced, ions that were accelerated 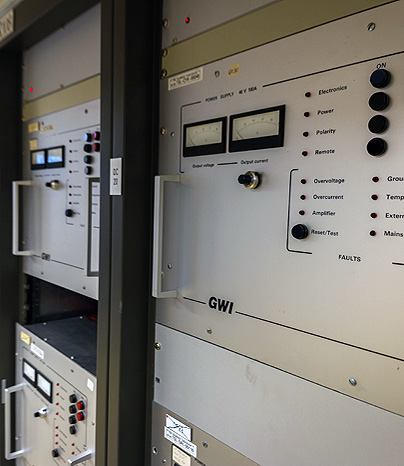 The Power Supplies feeded the different magnets of the particle accelerator 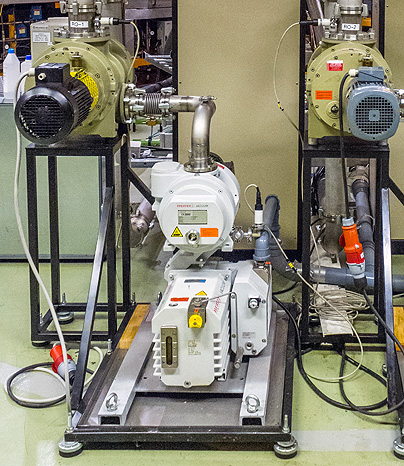